Touch sets A Plague Tale apart. Plenty of other “cinematic,” set-piece laden, action games have touch, but it is always rare, given weight and emphasis. Kratos reaches for his son, then withholds his hand. A chance encounter with a giraffe interrupts Joel and Ellie’s violent roaming for long enough for them to pet it. Nathan Drake lifts a broken man next to him in a desperate attempt to save his life. A Plague Tale: Innocence is different because touch is casual. Hugo holds his sister’s Amicia’s hand, because the world is terrifying and he needs an anchor to ground his flighty soul. That touch is constant; it is its absence that is carefully deployed. A Plague Tale’s central image is Amicia, holding a torch to drive the rats away, as Hugo clutches to her, begging for the light to stay.

It is an understatement to say that games have an interest in apocalypses. There are innumerable reasons why, from budget (it’s a lot easier to populate your world with ghosts than people) to influence (zombies and Stalkers populate games for a reason). However, games are both a product of capitalism’s narratives and its self propulsion. To simplify, apocalypses are often a product of our inability to create and imagine a better world. This is why even the most thoughtful games of this kind still strike me as conservative. The Last of Us depicts an apocalypse as the end of history. All communities will eventually decay. Even if they don’t, they must fight off invasion from all sides. The collapse of society brings out who we really are and it is monstrous. The end of western civilization is the end of everything.

A Plague Tale is immediately in conversation with these apocalypses, as it buries itself in tropes of the genre. There is a chosen child with the key to the source of the world’s end, a found family driven together by desperate circumstance that fractures at the seams, and even mindless hordes of man eating monsters. Unusually, it sets all this in a time period of real historical drama: 14th century France at the outbreak of the plague. There are no zombies, but there are plague rats. The Last of Us tries to elevate its material through competent emotional work and acoustic guitars, but A Plague Tale downgrades, turning its tragic tale of aristocrats destroyed by history into a set-piece laden romp filtered through late Hollywood zombie flicks. The rats swarming and erupting across fields of wheat and old crypts is most akin to World War Z’s hoards, and operates with a similar AI system. Its camp makes it more honest than its peers and also makes its setting less reactionary. 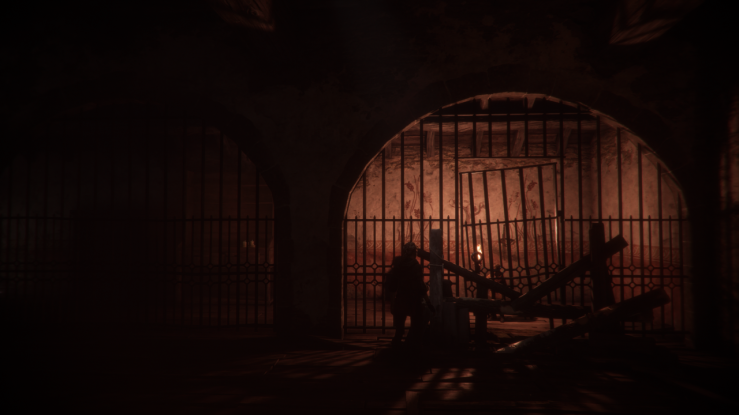 I don’t want to pretend that A Plague Tale entirely escapes this conservatism, its scrambling hiding places and abandoned villages littered with material to salvage borrow directly from past destroyed worlds. It even escalates to yet another video game boss, three hits to death and all. However, because it re-contextualizes both narrative and game tropes in a past age, it avoids post apocalypse’s most conservative impulses. By setting its catastrophe in a distant past, A Plague Tale affirms that such apocalypses have already happened and that they might happen again. Life will still continue, just maybe not our life.

This is not to undermine the tragedy of loss, but to place it in context. Walter Benjamin argued that we create history through the story of the present. Nazi Germany’s emphasis on old mythology, filtered through Wagner and racism, was to make claim to a history that never existed. Apocalypses are typically utilized in this fashion as either incomplete or total. The black death or WWI were not real apocalypses, governments continued to exist. Hiroshima was not so bad, Japan is still a nation. They undermine loss in service of some future, more horrific death. The other tack is annihilation. In my public school, we talked about the Trail of Tears, but not of the occupation of Alcatraz. No life for the marginalized, only distant death. It is convenient to believe that atrocity was one single event, not ongoing, not able to be resisted.

One could, incompletely, trace this understanding of the apocalypse to christian theology. Every past apocalypse is a mirror of the final one, when the son of God will return. However, when Jesus describes the circumstances of his second coming, he names the most generic shit. Earthquakes, wars, false prophets, and famine are staples of history. Even the more unusual events, a darkened sun and falling stars, have been witnessed throughout past records. Early Christians, Mormons, Jehovah’s Witnesses, and modern evangelicals have believed the hour to be at the door, only to be rebuffed. These generic signs are not some trick for foolish. Rather the generic nature of the prophecies is intentional. The apocalypse is constant. Preparing for the end is a daily diligence, rather than a sudden event.

A Plague Tale has little interest in Christian theology. Its villainous inquisition is a stand in for institutional oppression of any kind. However, it does understand that its apocalypse is a continuation, not an ending or a beginning. Amicia and Hugo are fragile enough that you will see them die countless times. Though the universe resets, you will also see the world around them move on. The final scene shows Amicia and Hugo moving through a community recovering from the plague. They cannot save them or damn them, they are remnants of the same forces that have swept them up. Amicia and Hugo are actors in history, not great men. It is, again, touch that emphasizes this world’s mundane elements. Characters touch not in some great moment of transcendence, but for the sake of simple comfort.

It is this incidental quality that makes A Plague Tale so compelling in its best moments. Its characters are not lone actors in a hateful and harsh world, nor are they great unifiers to be swept up in the rapture, but children making fires, lest the dark swallow them. The desperate circumstances of the apocalypse do not drive its characters apart, but push them together. What hostility does exist comes from the old guard of church and nobility. Its villains were already grasping for power, the plague only gives them another means of doing so. Thus, the evils of A Plague Tale are institutional, not down to some fundamental corruption inside the human spirit. Over the course of the game, you return to a castle over multiple seasons, and watch as the children build a small, sustainable village. The game’s constant warm touch evolves into a small community. Unlike most other games of its kind, A Plague Tale imagines what a world after devastation might look like. Because it is set in the past, we know that world is coming. We hope that we will be there to see it.

Despite all of its steps against the grain of post-apocalypses, A Plague Tale is still very much one of these. But every step in it showed how limited the “prestige apocalypse” is and how even the same verbs can create a different vision of loss and survival. While many post apocalypses embrace a lone gunman, complicated by companions but justified by the hateful world, A Plague Tale builds a community of souls, holding on to each other. The Last of Us is weary and defeated, but A Plague Tale clings to the light, believes that there is more, and that we can survive. That is just as powerful as it has ever been.