There are no direct spoilers or discussion of specific plot points, but I do write about the game in broad, holistic, and thematic terms.

I do not mention COVID-19 (except here).

A knife cures with cuts. A stage hides with light.

Artemy Burakh returns home to find strangers, old friends turned enemies, and absent fathers. The “sand pest,” a plague with no survivors, has returned. And he might be the only one with a cure. He has 12 days until it ends, managing hunger, exhaustion, thirst, the disease itself, and the limitations of time and place. He is uneasy in this town, just as the player uneasily plays his role. We take his mantle and wear his body like a cloak.

Artemy belongs to the town, but does not know it. The indigenous peoples of the steppe, the Kin, claim him and look to him, just as they reject him. Just as he rejects them. His old friends find him naïve and foolish. And even as he reaches his hand out, with memories and love, they stand apart. Each in their own way. The rest of the town maintains an uneasy distance, respect is lost as quickly as it is gained. Connection stretched so thin, it might just tear.

For most roles, you audition. You hone an abstract craft for a specific moment in time. Then you practice, practice, practice. Every forgotten line, every stumbled motion is a stepping stone to opening night. Rehearsal can be playful, joyful in a way performance resists. None of it counts unless people are watching.

Most games are rehearsals for performances that never come. While some go on to speed-runs or e-sports or let’s plays, most game performance exists only for ourselves. When games enveloped my life in the pressures of high school, it was the privacy of their failures that swallowed me. I could die over and over again. No one would know except me.

Pathologic 2 is a performance without rehearsal. The game knows when you die and it marks it, even reprimands you. Deaths are not just mistakes and they are not false ends. Every death bruises you, changes your body. Every moment weaves itself into performance, into expression. The line between mistakes and perfection is thin. Thin as skin and blood.

For example, the game implies that each death brings to life a new actor to play Artemy. They learn from past lives, but are yet distinct. Every Artemy is followed by 10 more like him. Every person you fail to save will return, whether in dreams, in pantomime, or in memory. Something is lost, blood is spilled. Sure, that blood will heal the soil, but what is gone when it is shed? What new person wears your body, what new fragment causes you to dream? A performance can never feel comfortable.

Death eventually became so frequent that I attempted to quit and reload my save, thus evading fate, but the game marked them all the same. Eventually I resigned myself to my failures. My Artemy stretched with desperation. Hunger and thirst ravaged his body as he sprinted from friend to friend, begging to save each life, but knowing that many would still die. This version was not fated, but it now feels inevitable. My arrogance in thinking I could survive with a sliver of health or just a little too much hunger. Yet as each death mounted, they impacted me less.

Once, after a botched rehearsal, I approached my drama teacher with sheepish insecurity. He replied, “It’s only a play.” There is immense comfort in the fact that plays are only a moment in time. Experiences create; they do not destroy. Our mistakes, even cast in harsh light, can wash over us. Even all triumphs will fade into memory. At a certain point in Pathologic 2, I was determined to push through, to do the best I could with the hand my innocent ignorance dealt. There was only so much I could bring to pass. The game pushed me to believe it, and eventually I did. It was a relief. 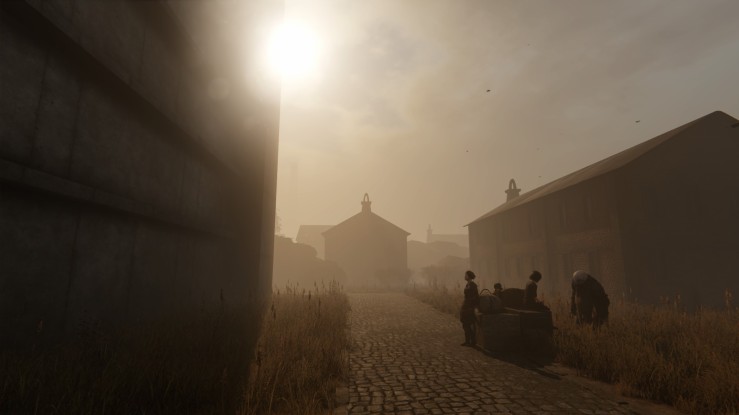 Artemy’s body is frail and earthy, in constant need of food and water. He is never powerless, but he is nearly always on the verge of death. Everyday he prays, begs, for someone to just give him some fucking food. Relief soars when a child will trade trinkets for an egg, when a friend promises a meal, when meat is granted for services rendered. As the plague ravages the town, food grows less and less common. The town will pay for your services as a doctor, but money bleeds with your needs and as every day passes, hunger increases. Eventually money will no longer pay for food. You are at the mercy of the state.

This is not to say that Pathologic 2 is an empathy game. In fact, it constantly emphasizes the artificiality of its versions of poverty and hunger. In real life, you can fast for days and live. In Pathologic 2, a few hours without food can end your days. Stopping disease becomes a pure effort of means. Have contact with an infected person? Pop a few special pills and drink an herbal brew to prevent contamination. About to die of hunger? Sprint to the closest grocery and spend your money before hunger’s claws catch you. On what the game dubs “intended difficulty,” the problems and cares of living have exaggerated, dramatic force. Even in its epilogue, when the visceral stakes of hunger and thirst are gone, every other interaction remains. You will not need water, but running still wears you down. You will not need to eat or drink, but still can. You can never forget your body.

This exaggeration creates the sense of immediate responsibility to earth and kin. Life requires constant effort to sustain. This game will not make you a better person, nor give you the strength to step out into the world, but it does put into stark relief how much deliberate, cautious care survival takes. Its versions of food stamps and communal trading show how inadequate solutions to hunger and poverty often are. It is not empty, simulated “empathy” that Pathologic 2 asks of us, but action. My Artemy died countless times because of the violent desperation of cruel men. But he lived countless times because of a stranger’s kindness or a child’s innocence. We cannot survive without each other. Pathologic 2 demands that we never forget our collective self. 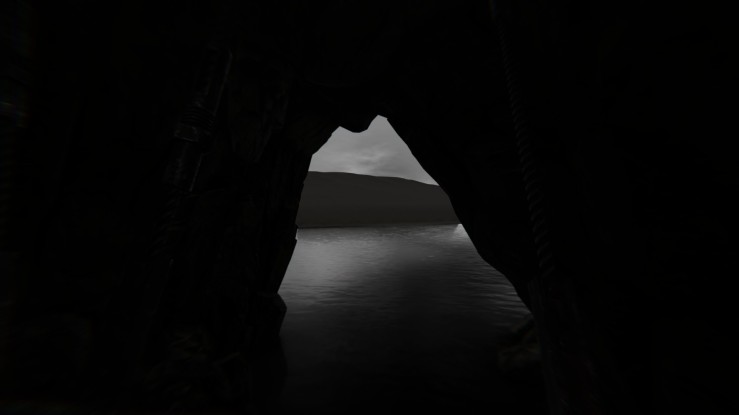 The earth is a body, part of yours. It takes blood, drinks it, your life gives it life. Pathologic 2 never lets you forget this. You pour blood on the ground and plants spring up like miracles. The town’s districts have the names a butcher gives to its subjects: Hindquarters, Spleen, Marrow, Gut. The town feigns industrialization, with massive concrete complexes, railroads, and factories. But the steppe that contains it unfolds with inhuman vastness, herbs buzz with choired whispers, and the bellows of bulls are heard from the halls of industry.

The same hand draws Artemy’s body as drew the map of his Town. The bodies he heals or cuts or drains of life are spread across tables like a cartographer’s. Today, the Gut is awash with the plague. Today, Artemy’s friend Grief suffers from a disease of the bone. Just as Pathologic 2 forces you to maintain your body, it ties that maintenance to the earth. The town is one whole, living thing, still springing from cold dirt.

The earth cannot forget you, though you can forget it. As it kills you and grants you life, it knows every cell of your body. It accepts them graciously as they shed. Rebirth and death alike feed it. Artemy walks down unnamed streets over unnamed plots of earth, but those nameless things mark his every step. The next time you stroll down a summer lane, will you think of what was there before? What will outlive you? It doesn’t care. It’s already thinking of you.

To be other is a gift. Embracing it can at least give you part of a kind world. Out there, individuals are left to fight for blood and dust. Here, there is only one body. A body that eats, drinks, sleeps, survives, and dies together. In one of Pathologic 2’s delicious contradictions, otherness is personified by unity.

Still, the Kin wear many faces. The Worms, Odonghs, might not catch the Plague. They claim they are too close to the earth. Herb Brides, dance and their clothes tear. They wear their bodies like badges, shimmering and clouded. Artemy, too, is one of the Kin, Menkhu, one of the few who is allowed to cut bodies. Years ago, he chose to study traditional medicine, leaving the Steppe and his old ways behind, until his father called him home.

It is easy to mark the ways the Kin are othered, they are the primary source of manual labor in the town and all reside in a massive concrete complex. It is also easy to see the ways they gain strength from it. Their herbs and rituals prove the most effective against the plague. Their unity allows them help and a path forward, even as their community suffers. Artemy stands in-between of the strength and isolation of their otherness, belonging to both and neither. The realities of the plague force him to relearn the old healing ways of the Kin and push him toward integration. But his many years away have severed him from whatever connections he once had. His relationship with the town is uneasy, but neither can he simply join the Kin.

This puts his performer, the player, in a precarious position. Whatever integration he achieves must be earned. Artemy is no Commander Shepard. He cannot solve problems that are not his own. Pathologic 2 sees no solution without it being your problem. You cannot heal unless you have seen the injury and felt it bleed. The Kin repeat, over and over again, that even if it is not your body, it is still your wound. Your survival depends on the mutual wounds of others.

Whether you know that, can feel it, or believe it is an entirely different question.

There is no montage at the end of Pathologic 2. No grand recounting of deeds or where-are-they-nows. You are instead, cut off. There are the suggestions of futures, both unattainable and possible. When the curtain closes, a door opens. What remains are memories, selves, and a final bow.

After all, the only thing you can ever offer is your hand.