I’m doing a second list of equally great, but more obscure music. However, I wanted to write about some of the year’s popular music that I enjoyed and that spoke to me. So here are those albums, presented in alphabetical order.

It isn’t as cohesive as good kid, m.A.A.d. city or To Pimp a Butterfly, but Damn still solidifies Kendrick as one of the most vital voices in popular hip hop. It’s at its best when it pulses with a righteous rage. DNA, XXX, and HUMBLE are furious anthems for this political moment. Even quieter moments like ELEMENT. have an anger that fills and inspires. That anger leads to the album’s numerous thrilling tracks, but Damn’s most powerful moment comes at the end, when Kendrick acknowledges that his fame is partially dumb luck and that he must help undo the systems that could have killed him. An exhilarating, tragic, and masterful work of pop, Lorde builds on the foundation set by Pure Heroine and creates a complex portrait of modern love. It’s melodramatic, sure, but Lorde also has a lot to say about the way we harm others and ourselves in the pursuit of a romantic high. The result is an album that is at once gratifying and glorious, as well as tragic and self-deprecating. Lorde is confident and loud, as well as melancholic and reserved. She comes off as a person, conflicted and raging like we all are. That is a fiction, as all music and pop is, but it’s a beautiful and truthful one. 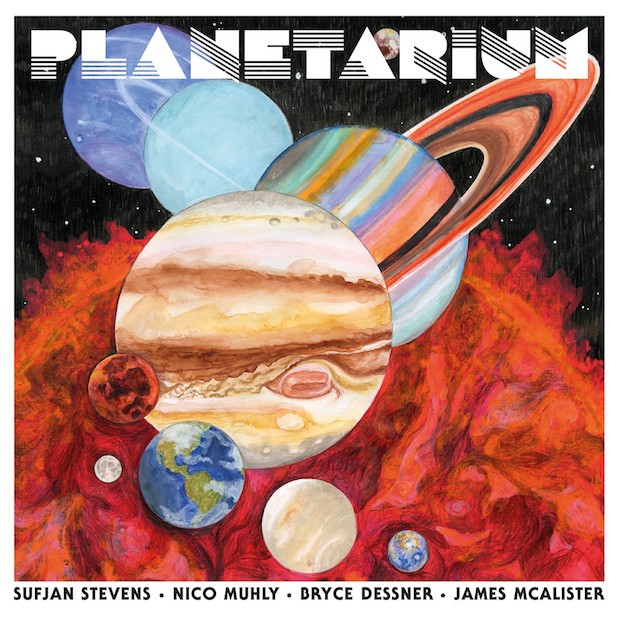 A work equal parts universal and personal, Stevens shows his usual pendent for making obscure sorrow and cosmic problems feel human and palpable. Saturn confronts the ugliness of the divine among gorgeous, pulsing synths. Jupiter is a frighting image of failed fatherhood and masculinity and is a fascinating rhythmic poem. Mercury and Neptune are strange prayers that haunt and illuminate. It’s maybe a bit too broad for its own good, but it has a strange and universal power because of that breadth.

Someone on Twitter, I wish I could remember who, pointed out that critics are often uncomfortable with the idea of pop being great, so pop that seems to transcend or even just fulfill its genre is often labeled as “subversive.” Rainbow is not subversive. It is filled with songs of empowerment, partying, love. All common ground for pop. It paints pictures that are bold, broad, and obvious, with lyrics like “shake that ass.” and “dance like a motherf*****.” What makes Rainbow a miracle, and that is not a word I use lightly, is its complete sense of defiance. This is a album written after staring into the abyss of human meaningless. Rainbow has seen human cruelty and evil. But it comes out of all that with furious strength and relentless optimism. Rainbow gives a f***, but it won’t let the world hurt it anymore. An absolute roaring triumph.

The National have been functionally putting out the same album for a few years now, but luckily it’s a pretty good one. It captures the complex sorrow and joy of a failing relationship, with songs that are triumphant and tragic. Carin at the Liquor Store is a standout, a soulful and tragic ballad, that hovers with power. Day I Die contains all the weird rage and strange magic of a break-up. These are soundscapes that seem to contain the whole of two people and the innumerable moments between them.